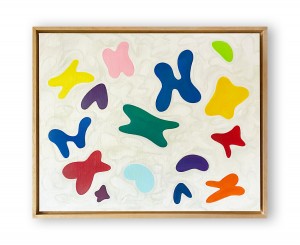 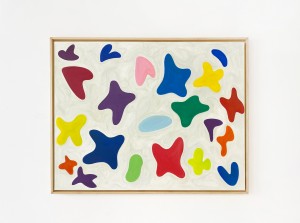 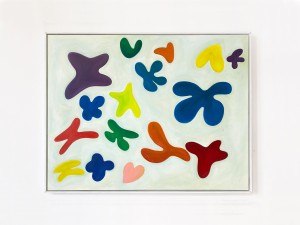 
The works of Narcissus are part of the series Wildflower by Woo KIM. The title Narcissus was given to the works realised with inspiration of the flower Daffodil. The Wildflower series including Narcissus were initially drawn during the lockdown period in Brussels on March, 2020 in thought of spring time, which has approached just like in previous years. The Narcissus was first unveiled in the Spontaneous Hesitation(article about the exhibition en)/kr)of her solo exhibition held at the Solvay Library in Brussels, in June 2020. The latin name of daffodil is narcissus, which includes the meaning of narcissism. The artist decided on "Narcissus" as the title of the works, instead of Daffodil, because she wanted to imply the meaning of those times when she could look back on herself while being isolated from the outside gaze during that special period.

The following is an excerpt from some of her notes written at the time.

"...I was moved by the simple and dedicate appearance of daffodils(Narcissus is the Latin
name of daffodil). Unlike the other flowers that grow in the yard, daffodils endure the barren environment, like the weeds in the field, and burst into bloom in the cold. We often easily pass by this strong-willed flower because of its colors, which are so common along the road. But if you keep looking, you can discover their own beauty. This mysterious flower keeps onlookers feeling breathless. Because the more the flower opens, the lower its head hangs at the end of the peduncle. Then my eyes follow the line of this curved stem, and naturally allow me look at the flower in more detail. The daffodil is a monochromatic flower with only 5-6 petals, but it can make very different aesthetic forms, depending on the viewing angle and time. The nuances of the colors created by the shadows of the overlapping petals (caused with the occasional sunshine) are enough to add to the daffodils's minimal beauty ..."
(Artist statement by Woo KIM, June 2020)

Like daffodils, we may approach Woo Kim's Narcissus at first by being attracted by its colourful shapes. After that, we can discover the secretly hidden patterns, or the flows(Heurem, 흐름), that are moving so dynamically between colours. The original shapes in Narcissus series come from the work of DEONGEORI (덩어리, "lump" in Korean), which is an original concept that Woo KIM has established since 2018.