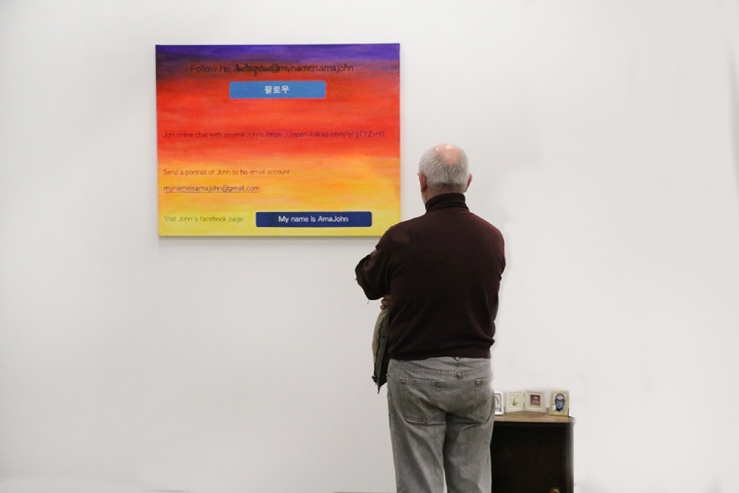 The project "Who is AmaJohn?" is about a person, called AmaJohn, who can not identity himself. He can not objectively observe himself because he can not be completely separated from the world where he lives. It is only others who can observe him and identify him.

His name, AmaJohn, was made by combination of Ama or 아마, which means 'maybe' in Korean, and John or John doe, which is used to indicate anonymous man in a secret way.

AmaJohn can be defined from the others but him. What he can do is just to question about himself to others and observe them. We can probably say that AmaJohn exists only when he questions about himself to the others. But as soon as he get the answer, he is not as he was. Because he is someone who can not recognize himself. In other words, he will disappear as soon as he recognizes himself. Because if he notifies himself, he will not be anymore himself but "ANOTHER". Although he can never become himself, he will continue to ask to others who he is. Because this is only the way that he can exist.

Therefore this work could not be defined in the beginning. The work itself is like in the flow, being created in each moment.
He has Instagram and Facebook accounts. Go to see him.